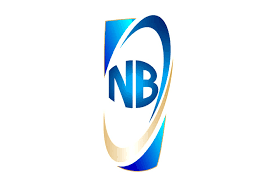 KEPA General Manager, Lawal Jibrin, told newsmen after an inspection of the brewery on Thursday April 4, 2019, that nothing going on at the brewery is harmful to the environment or to lives.

“As far as we are concerned, we went round, there is no threat to life. We have gone to the discharge point and taken samples; we have gone to take samples which confirm no nuisance to the environment,” he said.

KEPA GM said that from all indications, what is needed is a political solution to the issue, since the complainants have remained faceless.

“We are looking at the issue as political, we intend to invite all the parties to sit and see how we can resolve the matter amicably.

“What we have seen from the water discharged to community shows that if fishes can live in that place, in the fish pond using same water, it means it can’t harm life. We have moved round, from here we are visiting the community. What we have seen today is not constituting any nuisance,” he stressed.

Mr. Jibrin explained that Governor Nasir el-Rufai, concerned about the welfare of the people gave express order for the allegations to be investigated.

“His Excellency was concerned about the plight of the community and instructed the commissioner of Environment to embark on a thorough investigation. We are assuring the community that there is no cause for alarm,” he added.

In an interview with newsmen after the inspection, Kaduna Brewery Manager, NB Plc, Abiodun Ajayi said that besides human safety, the company also adheres to environmental safety standards.

He explained that constant monitoring from ISO 14001: 2015, KEPA, Standards Organization of Nigeria (SON) and other agencies have always given them pass mark.

“If we can put a face to these people, we would understand what they are referring to and address it. We have been here for over 50 years and as a long term investor and responsible operator, we plan to be here for the long haul” he added.

He further explained that as a respected organization, Nigerian Breweries strives for continuous improvement.

“We have always done that and would continue to do that. Our liquid discharge (effluent) is compliant to regulatory required standards,” he stressed.

NB Plc Public Affairs Manager North, Mr. Danjuma John-Ekele said that as a responsible organization and key business stakeholder in Kaduna, the company is conscious of safety as it has always done for years.

“As we have shown in our over 50 Years of business in Kaduna, we would continue to partner all the stakeholders, host communities and government in a win-win partnership.

“Our Corporate philosophy of winning with Nigeria dictates that with our huge investments over the years, we would always abide by the laws of the land and that is why we have been successful over the last 50 years in Kaduna,” he added.

“If we get more methane, we will spend less on AGO for our boilers,” he assured.

He said that Hydrogen Sulphide H2S as a gas which was complained about, might be offensive in odour, but it’s harmless.